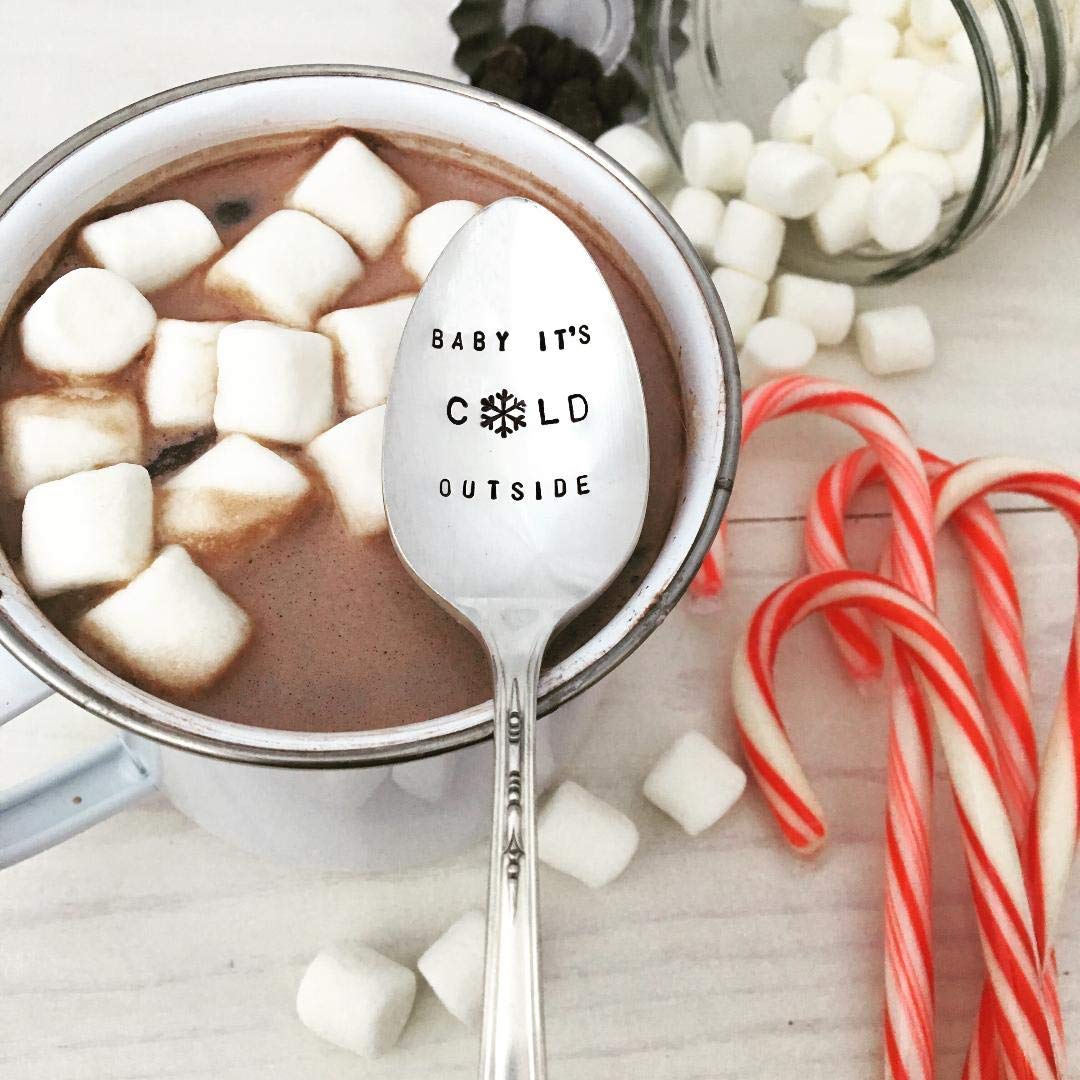 An antique silver spoon stamped with the words of the classic winter song. Perfect for that hot cup of cocoa, coffee, or tea inside by the fire. Each spoon will be unique as each is a vintage item, polished and stamped by hand. No two are alike and none will ever be "perfect" as each is a bit of artistic endeavor. I work with vintage silver and the handle styles vary. The pieces will not look new, they will look loved. Each is in very good condition, freshly cleaned and polished but will show a little bit of wear from the years that they have aged. All are beautiful :) The teaspoon measures approx 6 inches. As it is genuine antique silverware, it should be hand washed.

This music has been used in an ad for Cast Cover Hand Adult for Shower, which talks about the benefits of this drug for the treatment of erectile dysfunction.